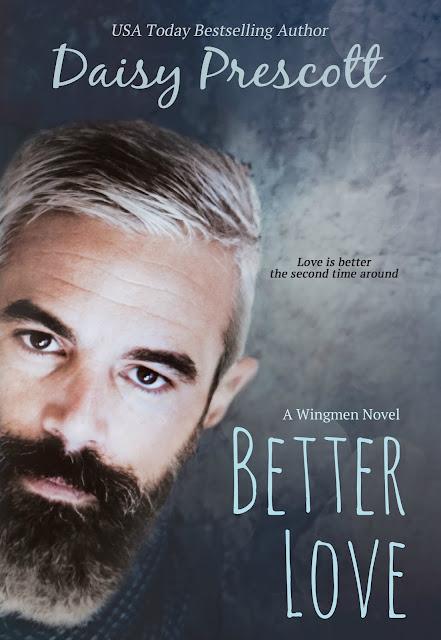 Maybe that old song got it right.

Maybe love can be better the second time around.

When one of my wingmen needs help, I'll do anything for him, including calling in a favor with the one person I swore I'd never speak to again.

Not after I walked away from that life five years ago and ditched the trappings of my success. The keyword being trap.

I left it all behind.

Now the ambitious, brilliant, talented, and undeniably beautiful Roslyn Porter is back in my life. I'm not the same person she knew. I'm trying to be a better man.

No man is an island, but Dan Ashland comes close. He's content with his quiet life on Whidbey, a world away from the rat race on the other side of the ferry.

Dan has three great loves in his life: solitude, pizza, and Roslyn Porter.
**Better Love is a standalone second chance romance featuring Dan Ashland and the fourth book in the Wingmen series. 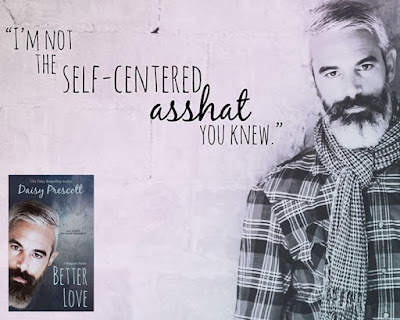 
Making my way through the farmers' market, I waved to the vendors I knew as I skated by them on my board. Sally at the Tilth Farm booth winked at me and pointed at her butternut squashes. Knowing her, she could either have meant for pizzas, or their girth. Hard to know.

Weaving my way to the other side of the street, I smelled the coffee from Whidbey Joe’s before I reached their booth. Erik and Jonah stood side by side loudly discussing the merits of pour over versus French press brewing methods. A small group of women listened to them as if it were the most fascinating conversation ever. Behind the coffee fangirls stood Cari, Erik’s girlfriend, with her head close to another woman, lost in conversation.

I skidded to a stop and was about to tap Cari on the shoulder when the other woman turned her profile toward me. I knew that face. At one point its features had been as familiar as my own. I froze as a thousand memories collided in my head the moment I recognized her.

Roslyn Porter stared at me as if I’d walked through a wall like a ghost.

I understood the feeling. I never expected to see her standing on Second Street on a Friday afternoon.

Yes, I recommended she work with Erik, but I didn’t know she came to the island. There should’ve been a warning system for exes approaching on the ferry. Like the emergency alerts on our cell phones. Amber alerts for grown-ups with emotional baggage. A tracking app for old attachments to prevent awkward situations at the grocery store. Or while standing in the middle of the street minding my own business.

Someone needed to make an app for life in a small town.

A man deserved a little warning when he was about to be face-to-face with his past. 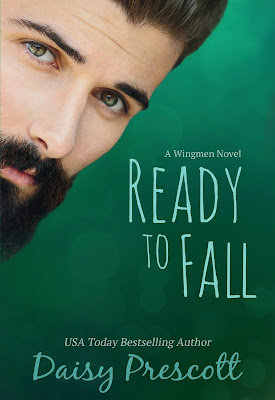 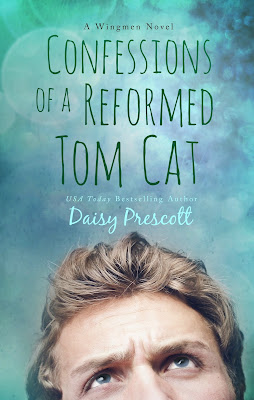 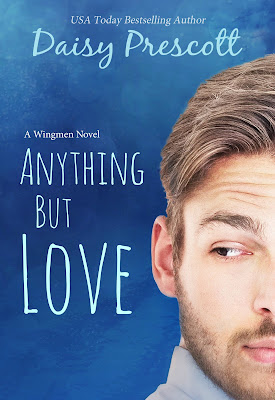 Daisy Prescott is the USA Today bestselling author of the Modern Love Stories series and the Wingmen series.

Born and raised in San Diego, Daisy currently lives in a real life Stars Hollow in the Boston suburbs with her husband, their rescue dog Mulder, and an indeterminate number of imaginary house goats. When not writing, she can be found in the garden or kitchen, lost in a good book, or on social media, usually talking about hot, bearded men.