Some things have to fall apart before they can be put back together. 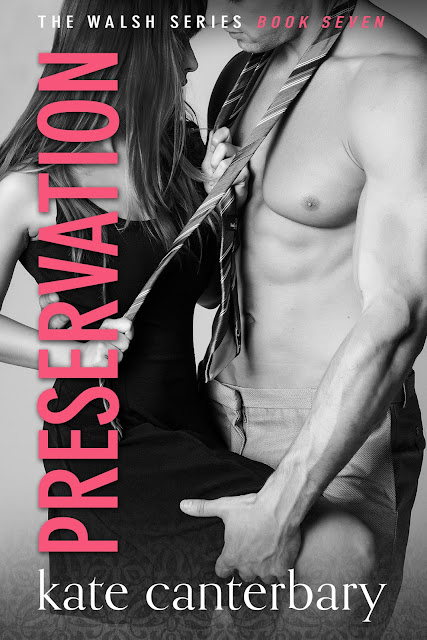 Just once, she'd like to be someone's first choice.
She's strong-willed and spunky, but she's left picking up the pieces from her ex's lies and manipulations, and daydreaming about taking a scalpel to his scrotum.

Flying under the radar is what he does best.
He's laid-back and loyal, but he wants the most off-limits woman in his world, and nothing will ever make that a reality.

An arrangement of mutual benefit.

Two months, four dates.
Five, if things go well.
Five at the most.
But possibly six.
Definitely no more than six dates.
Only the appearance of a romantic relationship is required, and they expect nothing more from their time together. There will be none of those benefits involved.

After waking up in bed together—very naked and even more hungover—the terms and conditions of their arrangement no longer apply. Now they're faced with something riskier than exposing their fake relationship:  letting go of the past and zipping up the future.

Some things have to fall apart before they can be put back together.

Riley pointed at the plate between us. "These are my favorite pretzel bites in the city. Try some."
I shot him a sharp look. "Are you just trying to get me in a good mood?" I asked. "I did eat lunch today."
"Oh yeah?" he asked, dipping two pretzels in the accompanying sauce. "What did you have? Based on you yelling at me about noticing your shoes, I'd say it was an iced venti skinny latte."
"Almonds," I replied. And an iced venti skinny latte but I wasn't copping to that just yet.
Riley tried to fight a laugh, and failed. "Almonds?" he repeated.
"Chocolate covered almonds, yes." I folded my arms across my chest. "It was an appropriate amount of calories, fat, protein, and carbs."
He shook his head and ate another pretzel. "I don't want to live in a world where a few almonds—chocolate or otherwise—are lunch." He pointed to the plate and pushed his beer toward me. "Eat. Drink. Please."
I glared at the pilsner and pretzels. I hated being told what to do. Just fucking hated it. But then my stomach growled—goddamn it—and Riley shot me a pointed glance.
"People think that a rumbling stomach is the sign of hunger," I said, reaching for his glass. I drained the beer and then selected a pretzel for dipping. "It is not."
Riley gazed at me, his expression flat. It gave me a moment to study him while choosing another pretzel. He was wearing jeans, a tailored shirt with the cuffs rolled up to his elbows, and a pinstriped vest, and his hair was a wreck. It looked like he'd been tugging the dark strands in every conceivable direction. His eyes were rimmed with a bit of red and his lids heavy, as if he'd been rubbing them or hadn't gotten much sleep. Perhaps both. There was a small notebook beside his phone, and a mechanical pencil tucked into the spiral binding.
And he was still more attractive than I knew how to handle. Even tired and irritable, and ordering me to eat his pretzels and drink his beer, he was hot as fuck. I bit into another pretzel and offered him a small smile.
"Would you say the chip on your shoulder is massive or epic?" he asked. There was no hint of amusement in his tone, and he was staring at me with more ice than I'd believed he could muster. It didn't feel like we were sniping at each other anymore. "It might be semantics to you but I'm trying to get a feel for what I'm dealing with here."
But then one of his big hands found my leg under the table. He squeezed and rubbed his thumb along the hollow of my knee, and I started to believe I'd been all wrong about this man. There was the player and there was the overgrown kid, but there was so much more than that.

Kate Canterbary doesn't have it all figured out, but this is what she knows for sure: spicy-ass salsa and tequila solve most problems, living on the ocean--Pacific or Atlantic--is the closest place to perfection, and writing smart, smutty stories is a better than any amount of chocolate. She started out reporting for an indie arts and entertainment newspaper back when people still read newspapers, and she has been writing and surreptitiously interviewing people—be careful sitting down next to her on an airplane—ever since. Kate lives on the water in New England with Mr. Canterbary and the Little Baby Canterbary, and when she isn't writing sexy architects, she's scheduling her days around the region's best food trucks.

Start The Walshes series for ONLY $0.99 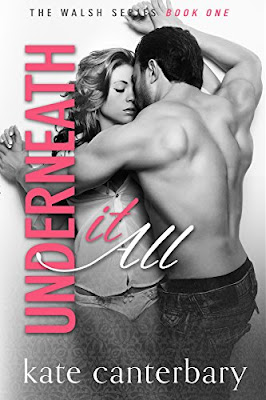