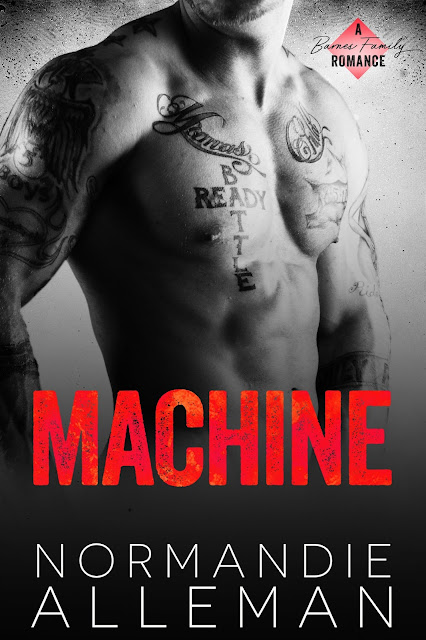 She’s trying to clean up her act.
He’ s a purveyor of filth.
It will never work.
But don’t tell them that.

She is, however, known for her heart-shaped ass and the selfies she shares with her army of social media followers. So when she meets a handsome former SEAL, she thinks she may have scored a love connection and a way to redeem her reputation with fans.

Bridger Thompson is a man of many secrets.

When an explosion in Iraq damaged his ability to satisfy his then-fiance, he never dreamed the machine he built to carry out his husbandly duties would turn into a business featuring women pleasuring themselves with it on camera. A business that could never be associated with The Barnes’ Family, the darlings of reality TV.

But Dynassy stirs a desire Bridger hasn’t felt in years, and he’s dead set on laying claim to the famous beauty—even though he fears he won’t be able to love her the way she deserves.

For that, he’d need to become a MACHINE. 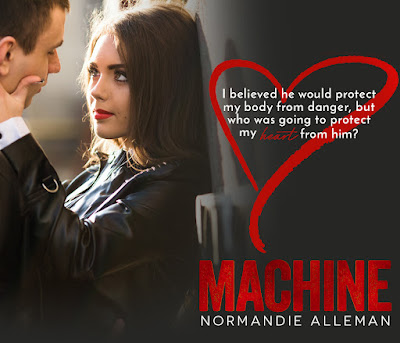 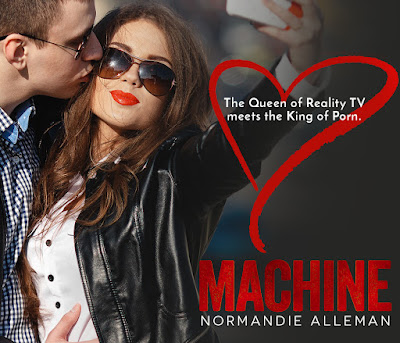 I yawned and was about to pull out my phone when one of the sexiest men I’d ever seen walked through the door.

The vibe that entered the room with him was so intense that I almost giggled out loud like a schoolgirl. His sandy-brown hair had just enough curl to give it a mind of its own, and make him look like he’d spent the day surfing. Or maybe doing something more naughty to mess it up.

To my disappointment his navy blue coveralls didn’t have his name scrawled on them, but I did notice a line of tattooed blue stars trailing down one side of his neck, and it made me wonder where that tattoo ended and what other ones he was hiding beneath his clothes. He moved with the grace more common of an athlete than a mechanic, and his green eyes had a soulful intensity that made my heart skip a beat.

“How can we help you today?” The Adonis spoke, startling me from my thoughts. His voice was deep and sexy and I wanted to hear more of it.

“Um, I dropped my car off last week, but before I wrecked it, it was giving me some problems.”

“What kind of problems?”

“Were there times it did it more than others?”

Now I felt stupid, and I wished I could drive the car for him and let him hear it for himself, but I jacked it up pretty good when I hit that tree.

There I went sounding tentative again.

The confidence in his voice made me think this man could take care of any problems a girl might have. 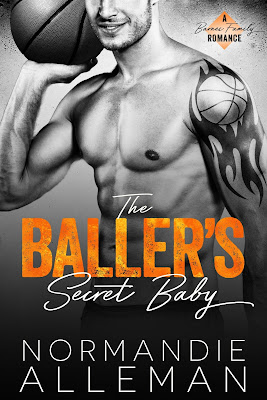 A former psychologist, Normandie has always been fascinated by human behavior. She loves writing quirky characters that are all too human. Fiber arts, baking, and Pinterest are a few of her favorite pastimes. A shamelessly proud basketball mom, Normandie lives on a farm with a passel of kids, an adorable husband, and a pet pig who’s crazy for Red Bull. If you’d like up to the minute new release info on Normandie’s books text RACYREADS to 24587 (Use all CAPS).