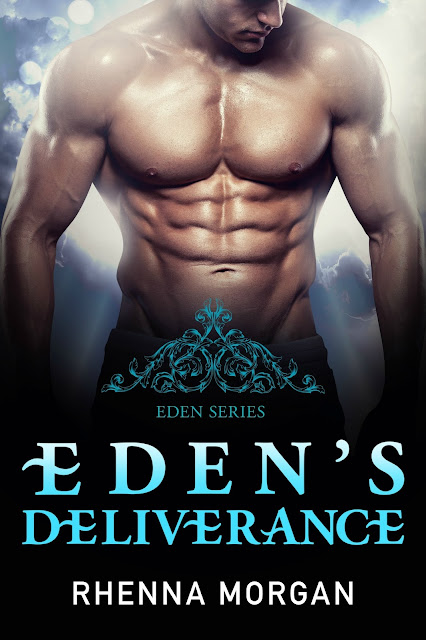 Fate is the life we’re given. Destiny is what we do with it.

Captured as a child and forced into slavery by the Rebellion’s leader, Brenna Haven was raised in near isolation with the utmost cruelty. She knew nothing of kindness or compassion until Fate orchestrated her rescue. Finally free, she wants nothing more than to return to her home. To reconnect with her human family and live a simple, quiet life. But her newfound powers demand an entirely different future. One fraught with danger and a terrifying role in an ancient Myren prophecy.

A battle-hardened warrior and sworn bodyguard to the king, Ludan Forte wields a powerful, memory stealing gift. But his skill comes with a price. A torturous burden he’s hidden since his awakening over a hundred years ago. He never dreamed he’d find relief, let alone be tempted to forgo his vows to the king. Yet in Brenna’s sweet beguiling presence, the weight he bears is lifted. And when her role in the prophecy threatens her life, he’ll stop at nothing to keep her safe. 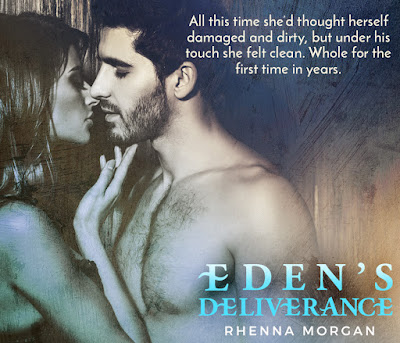 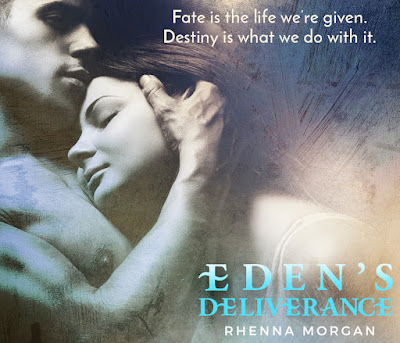 
Warmth and a soft tickle skated along Brenna’s jawline. Lips, the same full, delicious ones she’d craved since Ludan had kissed her, the scruff of his beard leaving the same unforgettable impact as his mouth. His wavy hair slid through her fingers, a weighted silk that teased her forearms. He slanted his mouth across hers and licked inside.

Perfect. The slide of his tongue, his taste, the way he groaned into the kiss and sent perfect trills coursing down her spine. Nothing on earth was better.

He lifted his head. His ice-blue eyes glowed with need and so much passion it resonated in her soul. “This is what you want.”

Odd. It was Ludan’s voice, but her own was superimposed with it. And it wasn’t a question, but a statement.

Candles surrounded them, and a scarlet satin comforter stretched beneath them.

“This is what you want,” Ludan said again, ghosting his knuckles along her collarbone and slipping his fingers beneath the neckline of her nightshirt.

Her heart leapt at the touch, his caress only hinting in the direction of her breast, but drawing her nipples to hard points. “Yes.”

He smiled and lowered his gaze, a long lock of hair falling over his forehead. “So beautiful.”

Cool air assaulted her flesh, sending goose bumps along her torso. Her nightshirt was gone, whisked away by her dreams.

Inch by inch, he trailed his fingertips down her sternum, his expression so reverent and caring she was afraid to move.

He cupped one breast, and she arched into the contact, too overwhelmed with the sensation to do anything but close her eyes and surrender to its magic. She tightened her grip on the back of his head, urging him closer. “Ludan, please.” She didn’t know what it was she needed, only that she did, and badly.

“Shhh.” He dipped his head and smoothed his lips along the path his fingers had taken.

Over and over, the word echoed through her head. Nothing else mattered except the feel of him against her. His weight, the warmth of his skin, and the safety of his arms. She closed her eyes and splayed her hands across his wide shoulders. So much strength. Power as rigidly contained as the man. “Ludan.”

One of his big hands cupped her shoulders, and his lips disappeared.

She squeezed her eyes and willed them back. “Ludan, please.”

He spoke again, but this time it was different. Farther away and muffled. “Brenna.”

She rolled her head back and forth on the pillow. No, no, no. She couldn’t lose him. Not again. She hadn’t done anything wrong this time. Had she?

The hand at her shoulder tightened. “Brenna, wake up.”

Heat registered beside her. Not the kind from her dream, but real. Tangible, deliciously masculine heat and muscle.

Ludan lay propped on one elbow beside her, the other hand holding her shoulder as she’d felt in her dream. In the daylight, his form was intimidating, but in the night’s shadows, he was downright scary. “You okay?”

Not really. Sweat misted her skin, and her heart jack-rabbited in an out-of-control rhythm. The covers were too heavy, pressing against her tight breasts. She shifted her legs and nearly moaned at the throbbing pulse between them. “I’m fine.”

The comment earned her a sharp frown. He relinquished his hold and leaned back far enough that the bay’s moonlight brought him out of shadow. At some point after she’d fallen asleep, he’d removed his T-shirt, leaving his perfect body on prime display. “You didn’t sound fine.”

She pushed upright and leaned against the headboard, careful to hide her aching nipples with the sheet. Looking at him only made the ache worse. In that moment, she’d give a lot to let her fingers have free rein. “It was just a dream,” she whispered.

He stared at her, then lowered his gaze to her clenched fists in the sheets. “You’re afraid.”

“No.” It came out too fast, and his eyes snapped to hers. “I mean, it was an intense dream, but not something I’m afraid of.”

An odd look flittered across his face, caution or suspicion. “Tell me.”

This is what you want.

Clearly, her subconscious wasn’t in the mood to mess around. And while she’d happily go there in dreams every night, she wasn’t so sure Ludan would appreciate the concept of them together as much as she did. Especially after what had happened last time.

“I…” What could she say? “I’m not sure it’s something you’d want to hear. It was personal.”

His eyes narrowed. “Personal, as in…”

“Personal.” She pulled her knees up and wrapped her arms around them. “It was about the two of us.”

His head snapped back, and his breathing accelerated. He clenched the sheet at his waist, and his nostrils flared. “What about us?”

A strange yet not unpleasant sensation swirled low in her belly, and the pulse between her legs ramped to blistering demand. She could keep the dream to herself. Never say a thing and let it slide.

Or she could take a chance.

She licked her lower lip. “We were intimate.” 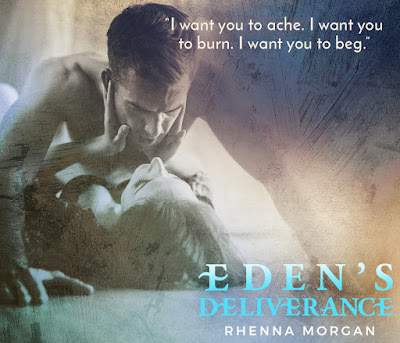 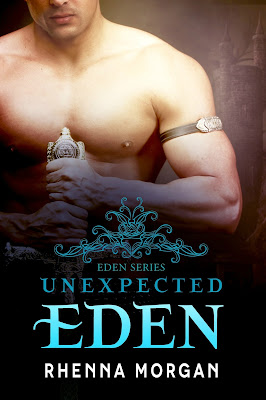 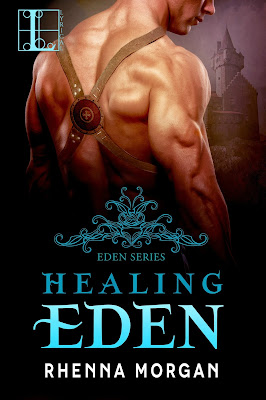 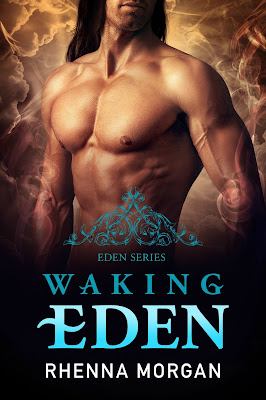 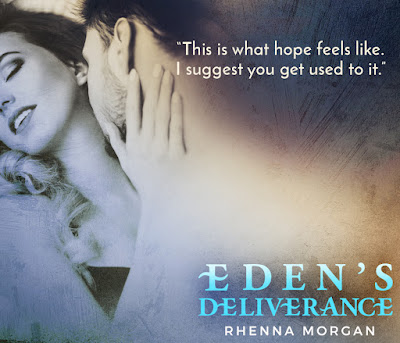 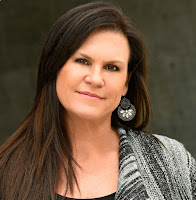 A native Oklahoman with two beautiful girls and a fantastic husband, her resume reflects her passion for new experiences. Since graduating with a Bachelors in Radio, Television, and Film at Oklahoma State, she’s racked up positions ranging from on-air radio talent, skip tracer, and promotions director, to real estate agent, project manager, and business analyst.

Like most women, she’s got obligations stacked tight from dusk to dawn. That’s where the romance comes in. Reading, or writing, romance has been her happy place since she cracked the spine on her first Christine Feehan book years ago. Nothing thrills her more than the fantasy of new, exciting worlds, and strong, intuitive men who’ll fight to keep the women they want.

Whether it’s contemporary, paranormal, or fantasy you’re after, Rhenna’s stories pack romantic escape for the women who need it. 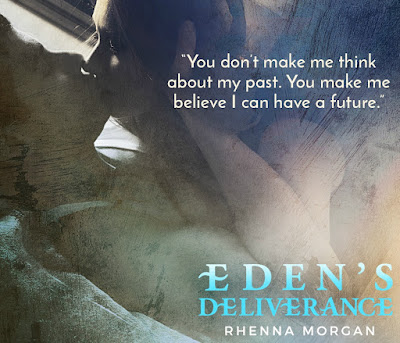