RELEASE BLITZ - The First Touch of Sunlight by Len Webster 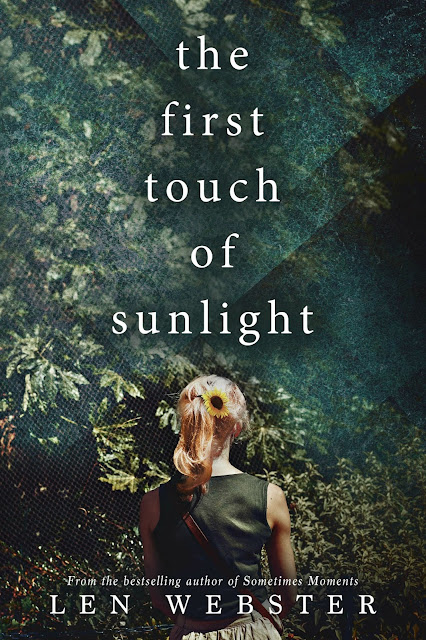 
My Josh. His Beth. Someone else’s Meredith.

Destined to fall apart before their lips have even touched, Samuel Michaels and Meredith Driessen have seven years of almosts between them.

His only saviour …
Meredith.

She saved his life, exposing him to what it could be like to be with her. But that wasn’t Life’s plan. Because deep down, his secrets will destroy their lives and separate them. His secrets will break both their hearts until the day he finds her standing on the edge of the train platform, completely lost.

He did this to her.

And Sam knows that if he doesn’t go to her, he’ll lose her forever.

Will seven years be enough to mend their scars? Or will the secrets they both keep deny them once more?

One thing is certain …

You may never know tomorrow’s sunlight if you’re drowning in yesterday’s storm. 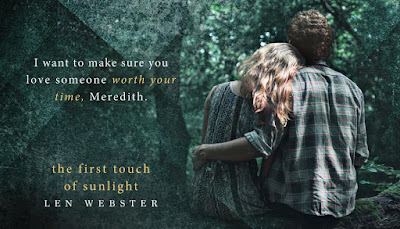 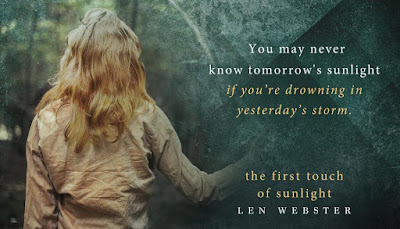 Samuel Michaels picked up the bottle of Jack Daniel’s from the passenger seat. It was lighter than before he got in the car. His mother wouldn’t be happy. Disappointed wouldn’t even come close. She couldn’t look him in the eye. Not after what had happened.

Because of what they had done.

They destroyed what they knew.

They destroyed how they lived.

Their lives would now change.

He uncapped the bottle of whiskey and brought it to his lips. He paused and stared out at the river. It had started raining almost ten minutes ago, and in those ten minutes, his phone had rung a handful of times. Looking out the windshield, he was thankful the moonlight aided in his view of the river. Sam could just make out the raging waves. A sigh had left his lips before he threw back the alcohol and felt the burning on its way down his throat. Whiskey had never been his drink. The way the liquor scorched waves in his stomach was one he hated, but for Sam, he needed strong. He didn’t want weak beer.

He wanted to be numb.

The ringing of his phone had him returning the bottle back to the seat next to him and picking it up. He saw Phillip Hall’s name flash on the screen—no doubt, his mother had called his best friend. Sam declined the call and threw his phone next to the empty bottle. It’d been over an hour since he’d run out of his house to his car. He drove to the bottle shop and then to the riverbank. It was too dark for anyone to notice his car, not unless they came close.

Sam curled his fingers tightly around the leather-wrapped steering wheel and let his forehead rest on it. He wouldn’t cry. He promised himself he wouldn’t. But the flash of Beth’s trembling lip had him sobbing. It had been a mistake. She had said that months ago, and now, that same mistake had caught up to them.

The alcohol had finally kicked in, and he no longer felt. Instead, he relished the numbness consumed by his body. He smiled and then belted out a heavy laugh.

“What the fuck has she done?” He leant back into the driver’s seat, and his hand searched the door for the handle.

The moment he found it, he opened the door and fell out of his Jeep, landing on his hands and knees. Sam ran his palms through the wet grass and rolled onto his back, laughing. Once he was able to get back on his feet, Sam lifted his arms up and down as if he were flying and stomped towards the riverbank. He let his feet sink, even squishing his shoes into the sloshy mud. He laughed like a child, continuing to march in the dark night.

When he had reached the edge of the bank, he watched the water rush past him. With the moonlight beaming from above, he was just able to see the river current drowning a log.

“I want to be that log,” Sam said as he bent down and unfastened his shoes. He removed them and placed them on the wet ground. Moisture seeped through his socks and hit his skin, causing his toes to wiggle.

“Can’t save me,” he said to the sweet and gentle voice. “I need to be the log… I need to die.” He closed his eyes and leant forward, intending to fall into the cold water and never resurface.

The impact of the water had him opening his eyes. The current was strong, trying to force him under. His instincts had him fighting against what he had wished for. Water rushed into his mouth, and he swallowed it for air, choking him. His arms fought against the strength of the river.

Sam turned his head to see her. She was on her stomach, reaching for his hand. His heart had drowned at the sight of her. The look of determination on her face was one he could not miss. Sam paddled—not to reach her but to get away from her.

“Sam!” she screamed and reached out further, almost falling in.

I can’t let her die.

The sight of her instantly sobered him.

Sam pulled his hand up from the water in time for her to take hold of it. He kicked his legs to get closer to the bank and to stop her from falling in. When he was close enough, she had tried to pull him out of the water, but Sam had fought her. He just wanted her to fall back on the ground.

“Stop fighting me!” she demanded loudly, tugging on his hand.

A wave hit him, dragging him under and pulling her entire arm into the water. It was a miracle he hadn’t dragged her with him. He broke through the surface, and his eyes met hers. It was too dark to see the colour, but he already knew they were a bright blue. Not dark enough to resemble the ocean, but not light like crystal clear water. The colour was somewhere between.

Sam coughed, trying to breathe in air. “My life isn’t worth much. Let me go, Meredith.”

She gripped his hand tighter, as if she knew he was moments away from letting the current take him.

Meredith blinked once, and the fear in her eyes left her. The determination had returned along with her tears.

Because she thought he was about to die.

“Your life is important to me, Sam. The moment you give up, I’m following you,” Meredith said.

Don’t save me, Meredith.

His heart squeezed in a way it had never done before. He held Meredith’s hand tighter, his lifeline.

Don’t let me live a life where I want you.

Meredith nodded. “Yes, Sam, I would. I wouldn’t hesitate.”

Don’t let me love you.

She wrapped her other hand around his arm and gave him a small smile. “Let me save you, Sam.” 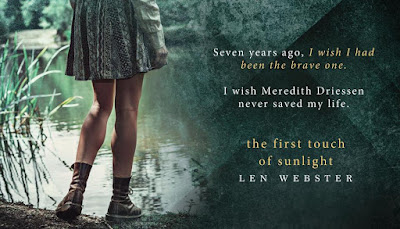 Len Webster is a romance-loving Melburnian with dreams of finding her version of ‘The One.’ But until that moment happens, she writes. Having just graduated with her BBusCom from Monash University, Len is now busy writing her next romance about how a boy met a girl, and how they fell completely and hopelessly in love.

She is also not a certified explorer, but she’s working on it. 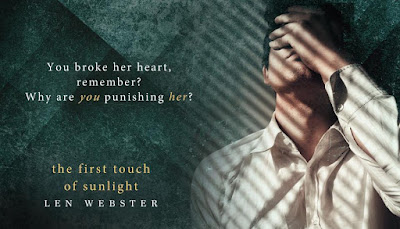 a Rafflecopter giveaway
Posted by Sweet Sexy Escape at 9:09:00 PM