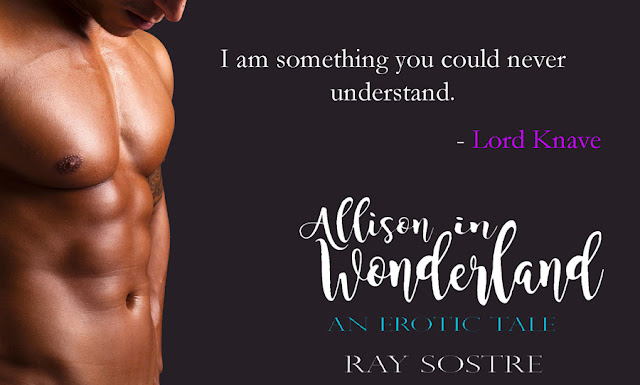 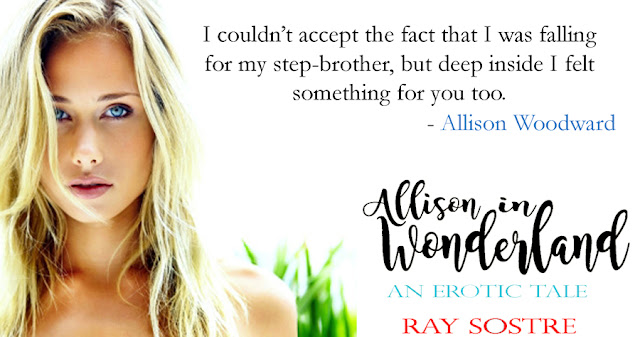 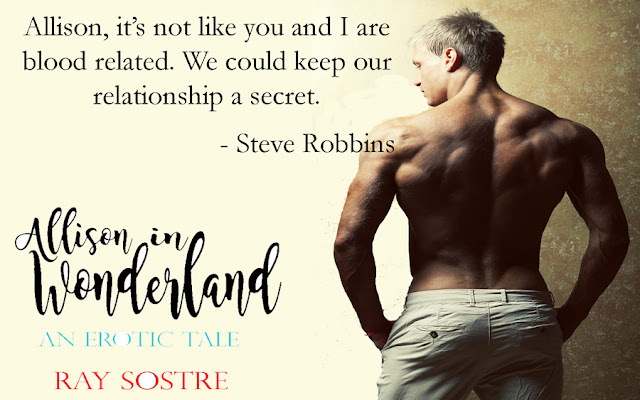 Back at the tea party, Allison proceeded to pour another cup of jasmine tea. Despite her need to go, she was enjoying the delicious tea and treats of sandwiches and cakes. Everyone at the table continued to talk and share fond memories of Dormouse and Mr. Rabbit, except Allison, since she had no clue who they were, but she learned how much they were the life of the party a long time ago.
While Allison listened to the conversation, she felt Willow’s hand slide across her hip, which for some reason made her nipples grow hard under her teddy and a delicious ache grow in her core. Never before had she felt turned on by another woman, but Willow’s touch had seemed to hit the right nerve in her body. If this was another woman, Allison would’ve fended her off, but for some reason, she wasn’t protesting the way Willow was touching her.
The Willow leaned over and asked, “How did you like the tea?”
Allison turned to her and said, “It’s very good. In fact, this is the best tea I’ve ever tasted in my entire life.”
“Would you like me to show you the garden? I’m sure you’ll like the smell of the flowers, and I can tell you’re getting quite bored with this conversation, since you didn’t know who these men were.”
For some reason, Allison couldn’t say no, and the way Willow slid her hand up her thigh, Allison was feeling moisture growing inside her. Why couldn’t she say no? Allison couldn’t because she was feeling turned on by her.
“Sure,” Allison obliged when she moved her hand on top of Willow’s, and the two got up from their seats and walked away from the table.
The table didn’t even ask where they were going; they just kept talking. Allison was taken to a lush garden filled with flowers of lavender and jasmine. The smell was very euphoric; a fresh smell of spring in the air.
“I have to say,” Willow said, “you have very soft hands.”
“Thank you.”
The two continued to walk inside the garden where they sat on a bench together, surrounded by tall flowers that secluded them from everyone else. For some reason, Allison felt a knee-weakening feeling growing. She had never been with a woman before, nor ever kissed one, but Allison was willing, since the moment felt right. She felt comfortable, and the way Willow was caressing her hand had Allison’s heart beating really fast.
“Um, Willow, there’s one thing I need to tell you.”
“What’s that?”
“I’ve never … kissed a woman before.”
Willow was intrigued, “Really?”
“Um, yeah.”
Then Willow inched closer to her. “Why don’t you relax; I promise to make you feel comfortable.”

www.morethanwordspromotions.com
​ ​
Posted by Sweet Sexy Escape at 8:00:00 AM