RELEASE BLITZ/REVIEW - Getting A Grip by M.E. Carter 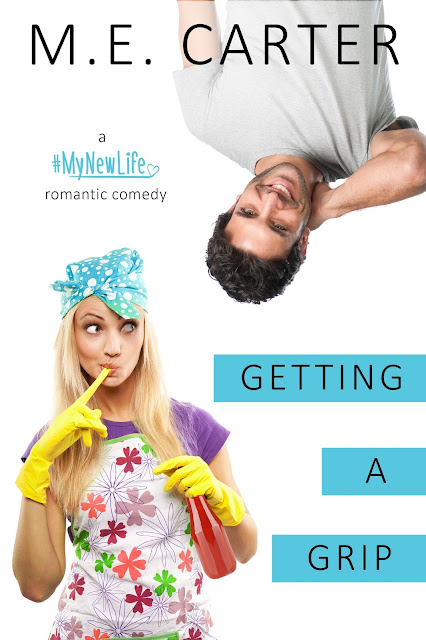 This isn’t my life. Okay, it is my life, but not the way I envisioned it would be.

I wasn’t supposed to be a divorced mother of three when I turned the big 4-0.  Sure, I expected the fine lines, gray hairs and left over baby belly.  What I didn’t expect was expanding our family get-togethers by one… my ex-husband’s new child bride.  Ok, ok, she’s not young.  Maybe.

Did I mention this is not the life I planned?

It could always be worse, I know. I’m lucky to have a mother who loves to babysit, a best friend who loves sarcasm, and a new friend by the name of Greg, who is apparently a child whisperer and tells me my eyes are pretty.

Between birthday parties, a few ill-advised bouts with make-up, and a whole slew of gymnastics classes, it’s finally time to take back some control.

So, while my girls learn all about how to grip the bar, I’m going to learn how to get a grip on my life.  And maybe my heart. 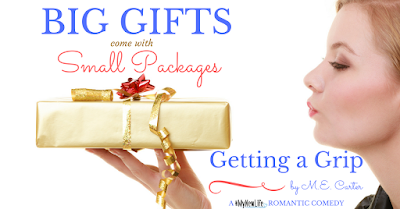 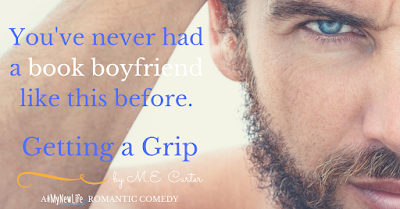 Mother, reader, storyteller—ME Carter never set out to write books. But when a friend practically forced a copy of Twilight into her hands, the love of the written word she had lost as a child was rekindled. With a story always rolling around in her head, it should come as no surprise that she finally started putting them on paper. She lives in Texas with her four children, Mary, Elizabeth, Carter and Bug, who sadly was born long after her pen name was created, and will probably need extensive therapy because of it. 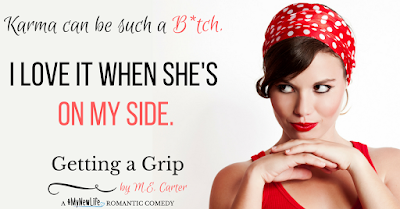 Getting a Grip was absolutely funny, uplifting and so much more than I expected. M.E. Carter paints a picture that all of us deal with on a daily basis -- one where we doubt our worth, where we doubt our looks, where we doubt ourselves. She shows us that all of us, including those considered to be the hottest on the planet, have a measure of doubt and something about themselves they don't like. The key is to "Get a Grip" on yourself and your thoughts and turn those around.Elena suddenly finds herself divorced, raising three daughters. She is beautiful and absolutely funny and while she sees some of that in herself...She has allowed others to dictate how she should feel about her body, namely her ex-husband. No matter what her friends and family tell her, she still sees only the flaws. Greg is also a divorced dad of a daughter and while he is described by all who meet him as an Adonis, he also has certain doubts about himself and his body. Through a series of connections with their friends, their exes and gymnastics, these two will discover that there is so much more to them than their short-comings."What makes me pause is not this question. It's the sudden realization that he thinks the same thing about me. What I perceive as physical flaws don't matter to him at all."What we find here is not only funny, but a beautiful story of self-discovery and of what would seem to be true love. But there are always detours that must be taken on that road and these two will have to take the ride of a lifetime to find out if the journey is worth the risk.
Posted by Sweet Sexy Escape at 8:30:00 AM