The Scottish Bride, a sexy all-new STANDALONE from Marquita Valentine is is now LIVE!!!

Tired of waiting for her older brother's best friend to come to his senses, Cadence Romanov travels to New York City in order to bring Maddox home. But seeing him again opens up raw wounds of abandonment. Refusing to be easily led by him again, she runs away to Holland Springs, but not before leaving him a note as to where she's going. This time, it's all up to him to win her back.
After one reckless night ends in tragedy, Scottish rugby player Maddox Stewart turned his back on his former life, leaving everything behind, including Cadence... until she tracks him down and demands answers. As soon as Maddox sees her, he knows that nothing has changed between them and there's nothing he won't do to have her again. Forced to confront his demons, Maddox must find a way to forgive himself and win back his wife.

Marquita Valentine is the New York Times and USA Today Bestselling Author of the Holland Springs and Boys of the South series. Since first taking the plunge in July of 2012 to self publish, Marquita Valentine has appeared on the Top 100 Bestselling Ebooks Lists on iBooks, Amazon Kindle, and Barnes&Noble. She's been called "one of the best new voices in romance" (Guilty Pleasures Book Reviews) and her books have been accused of being "a sexy, fun, and slightly addicting contemporary read" (The Book Queen). When she's not writing sexy heroes who adore their sassy heroines, she enjoys shopping, reading, and spending time with her family and friends. Married to her high school sweetheart, Marquita lives in a seriously small town in the south with her husband, two kids, and a dog. 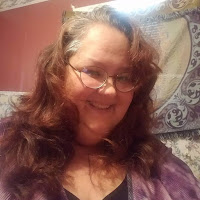 Maddox Stewart finally sees his best friend Jude's little sister as an adult. Cadence Romanov has always liked Maddox. A secret love affair. A secret marriage. A tragedy. How's broken in the midst of tragedy. Can they be fixed? Will tracking Maddox down change his mind? Will love endure? Read this sweet tale and see.